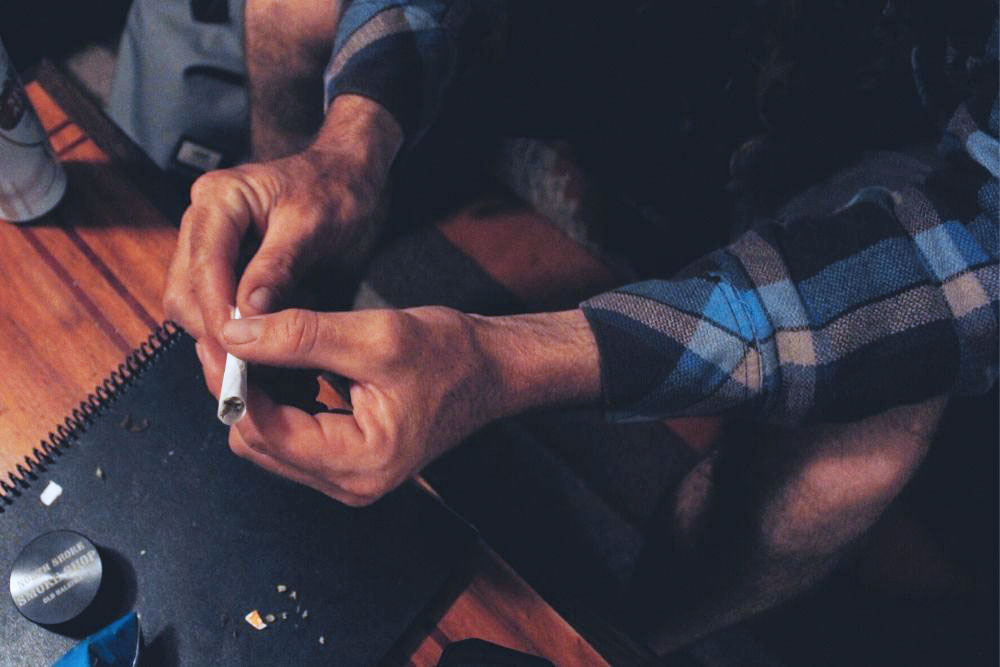 How Long Is THC Detectable in Your System?

Some industries are weeding – no pun intended – out drug tests. For instance, businesses in NYC and Nevada have famously reduced testing for cannabis. Why this is? Curiously, bosses were worried that these tests would lead to them losing some of their best workers. This law allows those who use cannabis medically to not be discriminated against, as well as, those who smoke recreationally to not be punished for what they do at home. Of course, there are some exceptions.

Despite this, there are countless businesses across the country that run regular drug tests. If you are a cannabis user, be it for recreational or medicinal purposes, it’s important to know how long this drug remains in your system.

Don’t forget, this isn’t just important for a drug test at work. It will tell you other important facts such as when you are safe to drive and get out on the road.

The general assumption is that a joint of cannabis will stay in your system for 30 days. After that point, you’re clear. However, this isn’t quite true. There is a massive variety of different variables to consider. Genetic factors do come into play here too. It all makes things a lot more complex.

Then, there’s the test itself. What test is being used? Different tests are more reliable than others and have a larger detection window. So, you might think you’re clear after 30 days. However, your boss could be using a test that extends a lot further than that.

What Do The Experts Say?

Unfortunately, advice from experts, professors, and the doctor’s cloud the issue even further. One associate professor at Johns Hopkins University said there is absolutely no clear window of detection. This is again due to the number of variables and the impact they can have.

Of course, there are educated guesses that can help.

Research On Cannabis Staying In Your System

One of the problems with identifying how long a joint stays in your system is that the research has provided varied results. However, some of the latest studies, including a paper published in 2017, suggested that the typical window for detecting the use of a pre-roll is roughly going to be 3 days. However, as we will discuss in more detail, this is going to be impacted by how often and how regularly you use. If you use more often and more regularly, that’s going to lead to longer windows of detection.

Arguably one of the most fascinating studies dates back to 1999. During this study, Willie Nelson-level stoners (those who admitted to using more than 5000 times in their life) were tested. 17 subjects abstained for 28 days and five were undetectable within the first week. A further two were clear in week two and another passed within week three. It is worth noting that tests have advanced significantly since then and this was a relatively small sample.

Furthermore, a 2005 study found that while windows of detection longer than 30 days are a reality for some, this is quite rare.

You are probably most interested in what drug test has which window for detection. Urine testing is the test that you should hope for. With this option, weed will be out of your system in 3 days, if you are an occasional user. This estimation is for those who have only smoked one pre-roll in that week.

Moderate users who take a joint four times a week will be clear in about 7 days and chronic heavy users who smoke multiple times each day will need more than 30 days for their system to be clear of marijuana.

Cannabis is detectable for just one to two days after smoking with a blood test. Although chronic use will increase this window of time. It’s also crucial to note that weed can be picked up in the blood seconds after you have smoked the joint.

There are also saliva and hair testing. These are rare but can be used by some companies. Hair is one of the worst for detection because if this is completed correctly, it can show THC in your system for up to three months after use! There’s another issue with hair testing as well. Results suggest that it’s highly unlikely to get a false positive so you’ll have difficulty arguing this particular point with your employer. Indeed, one 2017 study tested 136 users and found that they tested positive. No nonusers in the study tested positive at all.

Saliva is far better with a smaller window of between 1 and 29 days, depending on use.

There is a massive variety of factors that can impact detection times, including genetic variables. For instance, your metabolism will have an impact here. Indeed, it’s true to say that if your metabolism is slow, this is going to mean that weed products like a joint will remain for far longer. A sign of slow metabolism would be if you struggle to lose weight. If you lose weight easily or barely ever put on weight, you have a fast metabolism. Your window of detection should be far shorter.

Aside from genetic variables like metabolism, there is also the THC content of the joint that you use. It’s important to remember that when checking whether you have smoked a joint, these tests measure the level of THC. Some strains of cannabis have higher THC levels than others. There is evidence that the potency of cannabis and the level of THC has increased in recent years. However, if you are determined to beat a test, then you need to make sure that you are giving yourself the best chance with a low THC strain.

Wait What About CBD?

CBD is a substance that is legal in all states and the use is becoming far more common. It can be smoked, consumed as an edible or be taken as a tincture under the tongue. You might be wondering whether this is going to cause you to test positive for drugs in the system. CBD is a different cannabinoid than THC – unlike its counterpart, CBD does not get you “high”. However, it’s still derived from the cannabis plant.

So, while these tests do look for the metabolites found in CBD there’s still a small, yet a distinct possibility, you could test positive. That’s because there is typically a low level of THC in CBD. The good news is that if you test positive, you can typically request a second test. The false positive is highly unlikely to show up again, leaving you in the clear.

Do You Need To Smoke A Joint To Test Positive?

You might think that you would have to use cannabis yourself to test positive. However, this isn’t quite true. Indeed, studies have shown that even being around people using cannabis could cause you to test positive. One 2015 study explored the impact of second-hand smoke in ventilated and unventilated rooms. Several of the individuals in the unventilated rooms did have a high enough level of THC in their urine to test positive. As such, the researchers concluded that while unlikely this is a possibility. So, if you are worried about a potential drug test in the near future, and you are around people smoking, it might be best to leave. Typically speaking ‘I was around people smoking’ won’t be accepted as an excuse by employers.

Can You Rid Your Body Of Signs You Have Smoked A Joint?

Now, we need to think about whether you can rid your body of the signs that you have taken a joint. One popular option worth considering is drinking an extensive amount of water. This is a smart choice as you can increase the level of urine, thus diluting the level of THC. However, one issue to be aware of here is that a high level of dilution can cause a negative impact on the test. This can mean that you will need to be retested and thus the problem begins again.

Alternatively, you might want to think about adapting to have a more active lifestyle. Studies suggest that by burning fat, you’re going to release more cannabinoids and get rid of them from your body. This could, theoretically, lead to a longer detection window.

It seems then that the answer to how long a joint will remain in your body is not perhaps as clear as people originally believed. Indeed, there are a variety of factors at play here. While there are ways to ‘help’ you avoid the test, none of them are foolproof and many of them will prove to be ineffective. Does this mean that you need to stop taking cannabis?

This may not be an option for some people who believe that cannabis provides them significant benefits or use medicinal cannabis. For instance, some people use cannabis to get a better night of sleep and deal with issues such as insomnia. For others, it is a way to relax and many more individuals believe it helps them achieve a higher level of productivity.

Perhaps then, it is worth exploring your career itself. Frequent users of cannabis should perhaps avoid jobs where their job involves their safety or the safety of others. Instead, they should explore more creative careers where cannabis testing will be less likely. We have already mentioned the changing decisions on cannabis for certain companies in particular states.

As well as this, there are plenty of employers that will provide significant levels of warning before asking their employees to complete a cannabis test. These jobs could be another option for those who way to avoid the potential issues here.

It’s perhaps worth noting that while testing has been used as a deterrent and a way to make a workplace safer as well as more productive, there is little evidence to support that it actually works. Indeed a report by the Substance Abuse and Mental Health Services Administration concluded that there is limited evidence of the effectiveness of testing in the workplace.

Or finally, CBD could be the answer. If you are looking for the potential benefits of smoking a joint and you are not overly attached to the high that THC offers, then CBD is ideal. CBD may help you relax, sleep better and fix your cannabis craving in a way that probably won’t lead to you testing positive when a drug test does come around.                                         ,